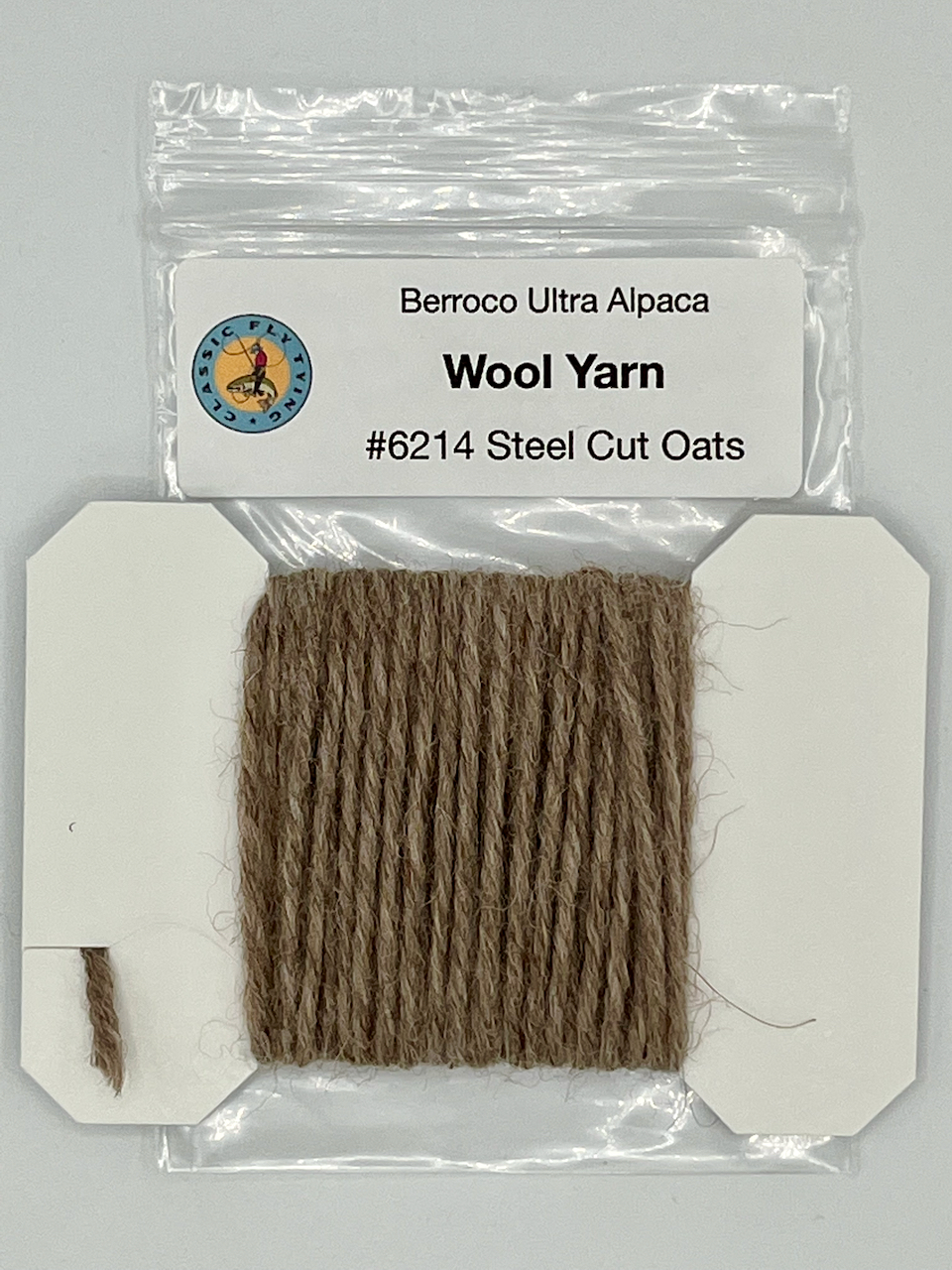 I’ve expanded my wool yarn product line a little and here are the updates. You can find all the wool yarns I now have available in the Fly Tying Materials section of my online store.

I added three more colors of Jamieson’s Shetland Spindrift super fine yarn. In addition to Oyster, Salmon, Heron and Ivy from my original post, I now have Burnt Umber, Leprechaun, and Purple Haze. The first two came from the wonderful recommendation from a reader. The last one I picked because it’s called for in a Tenkara kebari pattern called the “Grave Digger”. The name of the fly alone sold me on that one!

I’ve been on a quest to find a suitable replacement yarn for Frank Sawyer’s infamous “Killer Bug” fly pattern, since they quit making Chadwick’s #477 back in the 1960’s. Even the black market for that one is running out.

I recently came across a thread on the Classic Fly Rod Forum of someone else’s quest on the same topic. (Apparently I’m not the only one looking!) There are several great photos that compare the different types of yarn the author tried and in the end he recommended “Berroco Ultra Alpaca Fine” yarn in the color “#1214 Steel Cut Oats”. It looked really promising until I went looking for UAF-1214 and … that color has been discontinued! Ugh.

I did see though, that Berroco Ultra Alpaca (not the “Fine” type though) yarn was available in that color so I went ahead and ordered a skein of UA-6214. It’s a medium yarn and has a different blend of materials but perhaps its fairly close to the color of UAF-1214.

Pictured below is that Berroco Steel Cut Oats yarn on the left and what I had ordered previously, Patons Classic Natural Mix, on the right.

It’s been said that the yarn color for the Killer Bug should resemble rare meat red and the Berroco definitely has a little more of a pinkish hue to it so that one might work out better.

There are a few other substitute yarns mentioned in the thread, one of which is Jamieson’s #195 Moorland, but that one seems too dark and doesn’t have the pinkish hue. Too bad because Jamieson’s yarn is thinner and a little easier to tie with.

This site uses Akismet to reduce spam. Learn how your comment data is processed.

Subscribe to My Blog
Join 32 other subscribers
Recent Posts